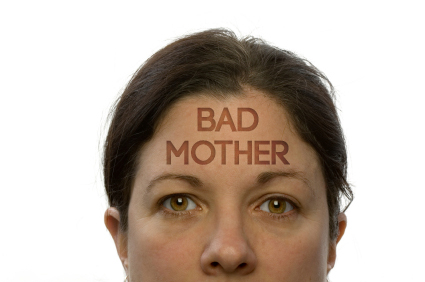 Will your kid be ok outside your protective bubble at home? By protecting your kids too long are you actually hurting them??

I’d like to talk about what experiences other people have had with “Mom shaming.”

Recently a girlfriend and I were talking about her son (15) who is a very good kid for the most part and he’s never given her any reason not to trust him. She has a hard time justifying deciding who his friends are when he is able to maintain all A’s. He also is very active in playing on the baseball and volleyball teams at the high school. He’s busy, and when he does have downtime he chooses to hang out with some old friends in the neighborhood.

My girlfriend knows that her boy sometimes hangs around with some kids that do not have the best reputation. She admits that these boys have earned a reputation and they do tend to be kind of a pain in the ass.

She was explaining that she feels like that there are some parents who make comments like “oh I would never let my son hang out with those kids.”

She feels sometimes SHAMED about it. The comments from outsiders make her feel bad and question herself. She and her husband agreed that until her son for some reason gives them a reason to not trust him they don’t want to make those decisions for their kids. They don’t want to hover, helicopter or interfere with his choice.

It made me really think a lot about how I really want my kids to explore relationships with different types of people.

Isn’t it better for them to navigate through various relationships while they are still under mom and dad‘s roof? I think I would rather have my son hang out with someone a little dicey so that I can help him and guide him. I’d hate to have the first time he’s exposed to a shifty character be after he’s gone to college and away from me.

So a child having a boyfriend who is a little out there can be a learning opportunity or maybe a set of friends that are a little different can be a good thing!

The truth is that when these kids fly the coop and leave the nest, they are going to have to know how to deal with life outside the protective bubble of their parents.

So it’s my opinion that it’s very important to learn how to deal with people and life’s experiences while you are at your family home.

Any opinions on that?